Amid new efforts by Uzbekistan to build ties with the EU, New Europe spoke with Manlio Di Stefano, Italy’s Undersecretary for Foreign Affairs, about Rome’s bilateral relations with Uzbekistan, Central Asia’s most populous country and a key player in the region. In recent years, Italy has taken substantial steps towards deepening its ties with Tashkent on various issues like connectivity, energy, as well as education.

New Europe (NE): You have been to Uzbekistan several times, how have your visits been structured?

Manlio Di Stefano (MDS): I can tell you that the results of our last visit, in July 2021, was undoubtedly positive. First of all, it allowed Italy – the only EU country present at the political level – to be heard at the international conference “Central and South Asia: Regional Connectivity, Challenges and Opportunities”.  The occasion was particularly good for a series of bilateral meetings with the Central Asian republics, which allowed to deepen the existing cooperation dossiers. The event, organized by the Uzbek authorities, was attended by the leaders of Kazakhstan, Tajikistan, Kyrgyzstan and Turkmenistan, as well as by EU High Representative (Josep) Borrell, the ASEAN countries, China, Russia, Turkey, India, Pakistan, Afghanistan and the US. It had a great impact at the regional and international level.

In addition to the high-level participation, the importance of this event depended precisely on its theme – connectivity, which has become increasingly important on the international agenda in recent years and has strategic implications for Italy and Europe.

We are, in fact, fully aware of the new geopolitical context triggered by the rise of China and its New Silk Road project. This has returned, for the first time in decades, the whole of the Central Asia region to its former natural centrality. At the same time, we should not think that connectivity is a purely technical issue. On the contrary, it is an eminently political matter, precisely because it enables transport, trade, logistical and cultural flows into transit and outlet countries. Connectivity in Central Asia means, today, determining the priorities, norms and standards of connections between East Asia and Europe.

Finally, we must not forget that our country has a historical legacy in the region, that of the great explorers, including Marco Polo (a Venetian), who first ventured into these remote lands to open up new trade routes. Our activism, as promoters of peaceful dialogue and a greater commercial presence in Central Asia, is also motivated by the desire to honor this important legacy.

Italy is very active in Central Asia, where it has significant interests. For this reason, in December 2019, I personally launched at the Farnesina (the headquarters of Italy’s Ministry of Foreign Affairs), together with Minister (Luigi) Di Maio, the format of the 1+5 Conference, bringing together Italy and the five former Soviet Central Asian Republics. This format aims to strengthen economic relations, develop connectivity projects, and explore possible scientific-academic cooperation, encouraging dialogue and synergies between the countries of the region.

On December 8, 2021, the second meeting of this conference took place in Tashkent, the capital of Uzbekistan. The economic session – which I had the honor of moderating, together with the Uzbek First Deputy Minister for Investments and Foreign Trade, Laziz Kudratov – constituted a precious opportunity for the authorities of the five participating countries, and the representatives of the Italian government agencies responsible for the internationalization of the economic system, to meet.

The event was a valuable opportunity for the authorities of the Central Asian countries to meet representatives of Italian government agencies responsible for internationalizing the economic system, namely ICE, SACE and SIMEST, as well as Confindustria, the main business association in Italy, and the think-tank ‘The European House Ambrosetti’, who presented the main promotional and financial tools available to our companies to further develop commercial and industrial cooperation with the region.

Italy can be a strategic partner to expand the industrial and commercial capacity of the countries in the area well beyond the traditional hydrocarbon sector. Agribusiness, industrial machinery and renewable energy are the areas that offer the most interesting prospects for Italian companies.

In Uzbekistan, there are important opportunities for the modernization of the energy, chemical, IT, infrastructure and transport sectors, thanks to the funds of the country’s ‘green agenda’, the modernization of which is considered a priority by all countries in the region.

NE: Do you have any cooperation initiatives at the European level? How do you relate to Brussels?

MDS: In 2019, the European Union published its strategy for Central Asia, to which Italy made a very important contribution. The strategy focuses primarily on the issues of connectivity and regional cooperation.

The EU Council’s conclusions of July 12 reaffirm that connectivity must be sustainable, inclusive, rules-based and contribute to the diversification of value chains, while at the same time reducing strategic dependencies and, in this way, enhancing the competitiveness of the EU and its partners. We, therefore, intend to invest in both physical infrastructure and regulatory frameworks by supporting the development of international norms and common standards that maintain and improve a level playing field and encourage private investment.

We are aware that these aspects will determine the outcome of the 21st century ‘Great Game’ in Central Asia, given the new centrality of the region, whose countries, moreover, are looking in our direction with great hopes for economic development and logistical integration. As Italians, and as Europeans, we have a heritage to build on and, more specifically, we offer an extremely attractive development model. I also think of the new issues of environmental sustainability, with the need for Central Asian countries to make their economies produce less emissions and at the same time improve the agricultural production of their immense territories. From the energy point of view, the real challenge is, here as elsewhere, the transition to renewable energies – in particular, water, wind and solar power – of which those territories abound.

Already today, the European Union as a whole is the region’s second-largest trading partner, with hydrocarbons and raw materials as the main imports, and extremely varied exports, from machinery to agri-foodstuffs. This is certainly a solid starting point from which it is worth continuing to build relations with countries in the area.

NE: What are the greatest future areas of collaboration with Uzbekistan?

MDS: There are many areas of possible collaboration. Uzbekistan is, in fact, a country with a great history and enormous potential. Its ancient cities – Samarkand, Bukhara, Khiva, to mention the most famous – their natural beauty is attracting increasing numbers of tourists. This is certainly a heritage that needs to be enhanced and preserved, areas in which Italy has know-how that is recognized worldwide. In addition, Uzbekistan is interested in cooperation with Italy in the field of education, science and technology. As early as 2009, the Polytechnic of Turin established in Tashkent one of the most renowned Universities of Science and Technology in Uzbekistan, achieving world-class training and research standards.

We intend to capitalize on this success story and continue to contribute to the growth of the human capital of Uzbekistan and Central Asia with positive repercussions on the regional economic development of Italy’s partnership with each of these countries. Several other Italian universities have already taken concrete steps in this direction.

NE: What opportunities could Uzbekistan offer to Italian companies?

MDS: Uzbekistan is showing great interest in the know-how of our companies and in recent years we have seen an intensification of business cooperation, also in relation to the extensive program of internal reforms launched by President (Shavkat) Mirziyoyev, aimed at liberalizing the economic system. The sectors of energy, construction and transport, industry, with particular regards to agro-food, textiles, metal processing, gold and stone, intensive agriculture and livestock breeding, and the restoration of architectural heritage, are particularly promising.
Our operators are very interested in contributing to the development of the Uzbek production system with technologically advanced products that meet the highest standards of environmental protection. The tools we have at our disposal to foster relations between the companies of our production systems are many. In this regard, I remember with satisfaction the ‘Italy-Uzbekistan Business Forum’, held virtually in December 2020, with ‘business networking’ sessions between Italian and Uzbek companies, for a total of 173 meetings.
My hope is that the appreciation enjoyed by our business community in the markets of the Central Asian region can be further and concretely developed through initiatives such as targeted sectoral missions, with the participation of interested trade associations, and business forums that can lead to forms of partnership between Uzbek and Italian companies. In this sense, we are counting on the next Mixed Economic Commission, which we plan to hold in 2022 in Tashkent, to give further impetus to these dynamics and that the increase in trade of about 35%, recorded in the first 10 months of 2021, can be consolidated during the year.
We are constantly working to foster contacts between our entrepreneurial fabric and the realities of the Central Asian region, where the support of the political authority and our diplomatic representations on site is often crucial to explore new markets and discover new business opportunities.
Read More Watch Borat Wish Kim Kardashian a Happy Birthday as She... 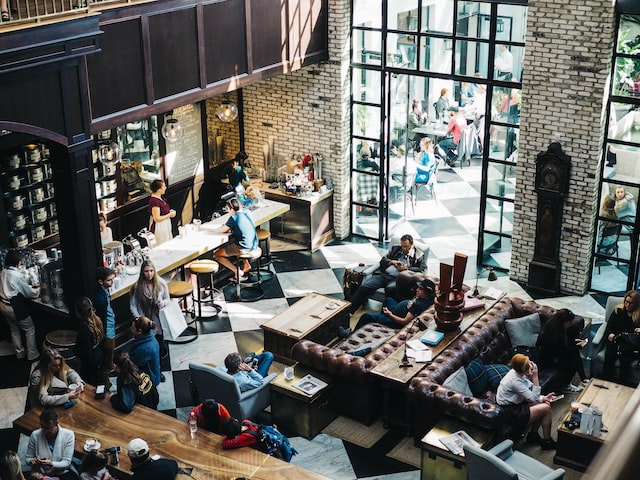 Welcome to the World of Fix Restaurant Seating 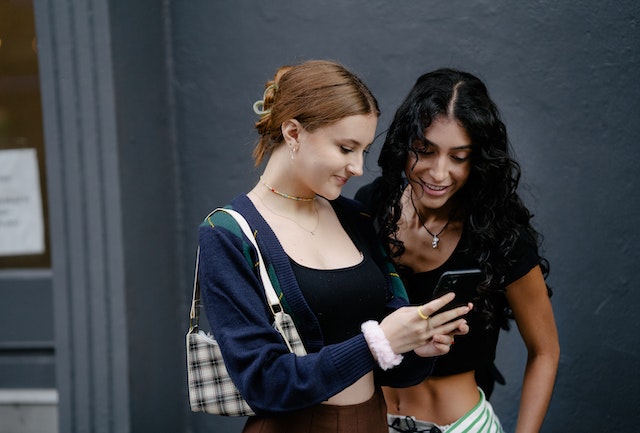 What Is a Reverse Phone Lookup and How Does It Work?

A reverse phone lookup is a method of locating someone's telephone number through...

Coinbase is facing a U.S. probe into whether it improperly let Americans trade digital... NOUBI SAYS:  In dealing with a particular style, always remember that the body is...